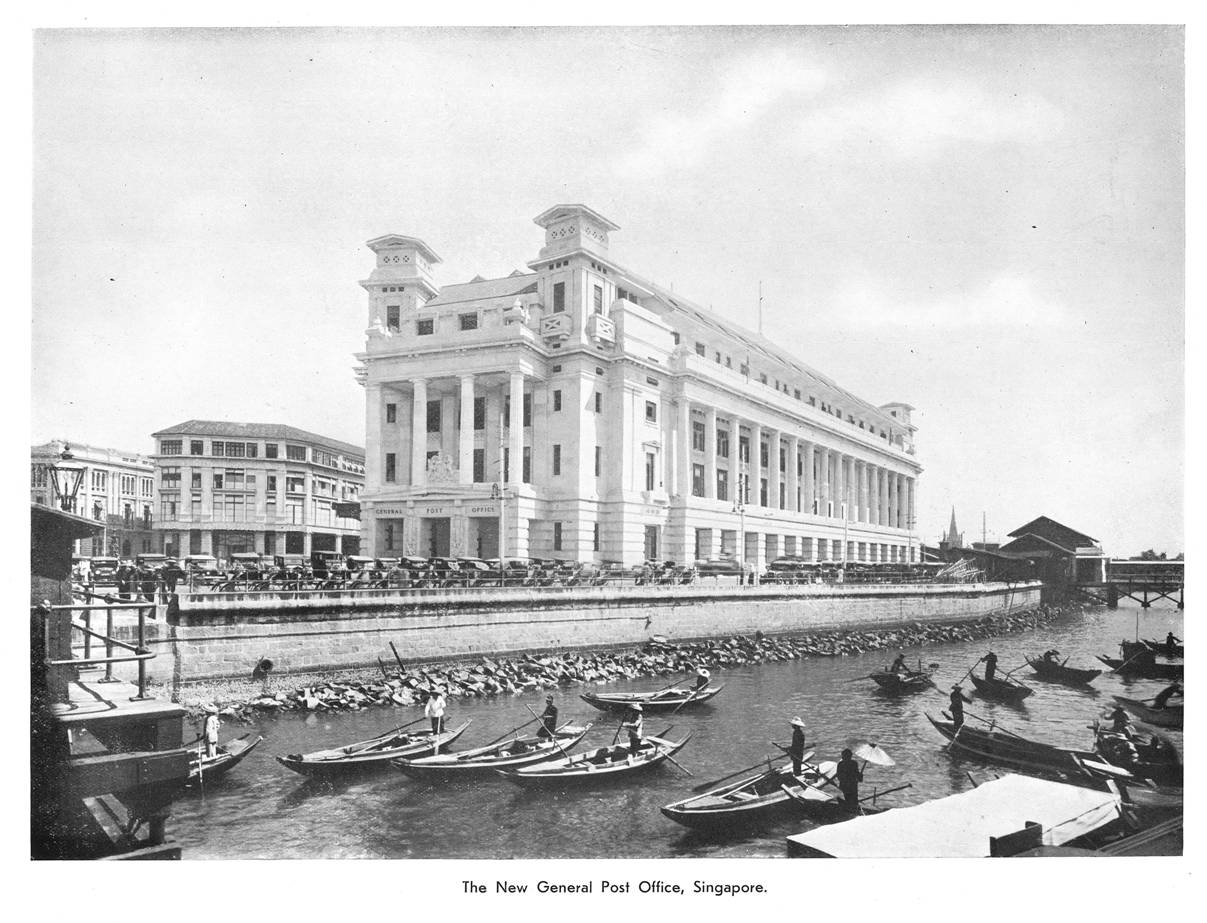 It was during the high emotion and jubilation of Singapore’s Centenary in 1919, directly after World War I had ended with an Allied victory, that the plan for this grand building was conceived. It would be, said the then British Governor, Sir Laurence Guillemard, “a monument worthy of the city.” The massive classical-styled or Palladian, fluted Doric colonnades and elaborate ornamentation of the Fullerton Building reflect the full-blown colonial confidence of its builders at the time it was erected, 1928.

The building would hold not only the General Post Office, presided over by the Postmaster General, but also the Exchange, and offices for the Governor of Singapore and the High Commissioner for the Federation of Malay States, as well as other government offices such as the headquarters for the Master Attendant, the Surveyor-General of Ships, the Port Health Office, the Veterinary Surgeon and the Imports and Exports Office.

This is the building that has witnessed Singapore’s modern history unfold, acting as the last bastion of Singapore’s Governor Sir Shenton Thomas as the Japanese army marched into Singapore in 1942, with Allied soldiers taking refuge in its spacious corridors. The Fullerton Building was also the backdrop for pivotal political rallies during the post-World War II battle for Singapore’s Independence from the British. The ‘Singapore Stone’, one of Singapore’s most famous national treasure was also unearthed on its ground.

Today, the building is home to the luxurious grande dame 400-room The Fullerton Hotel. Extraordinary for its historic architecture and for the scale and quality of its 21st century restoration, The Fullerton Hotel has won the hearts of many of our guests, as it provides a blend of luxurious living with a touch of elegance and the nostalgia of old. 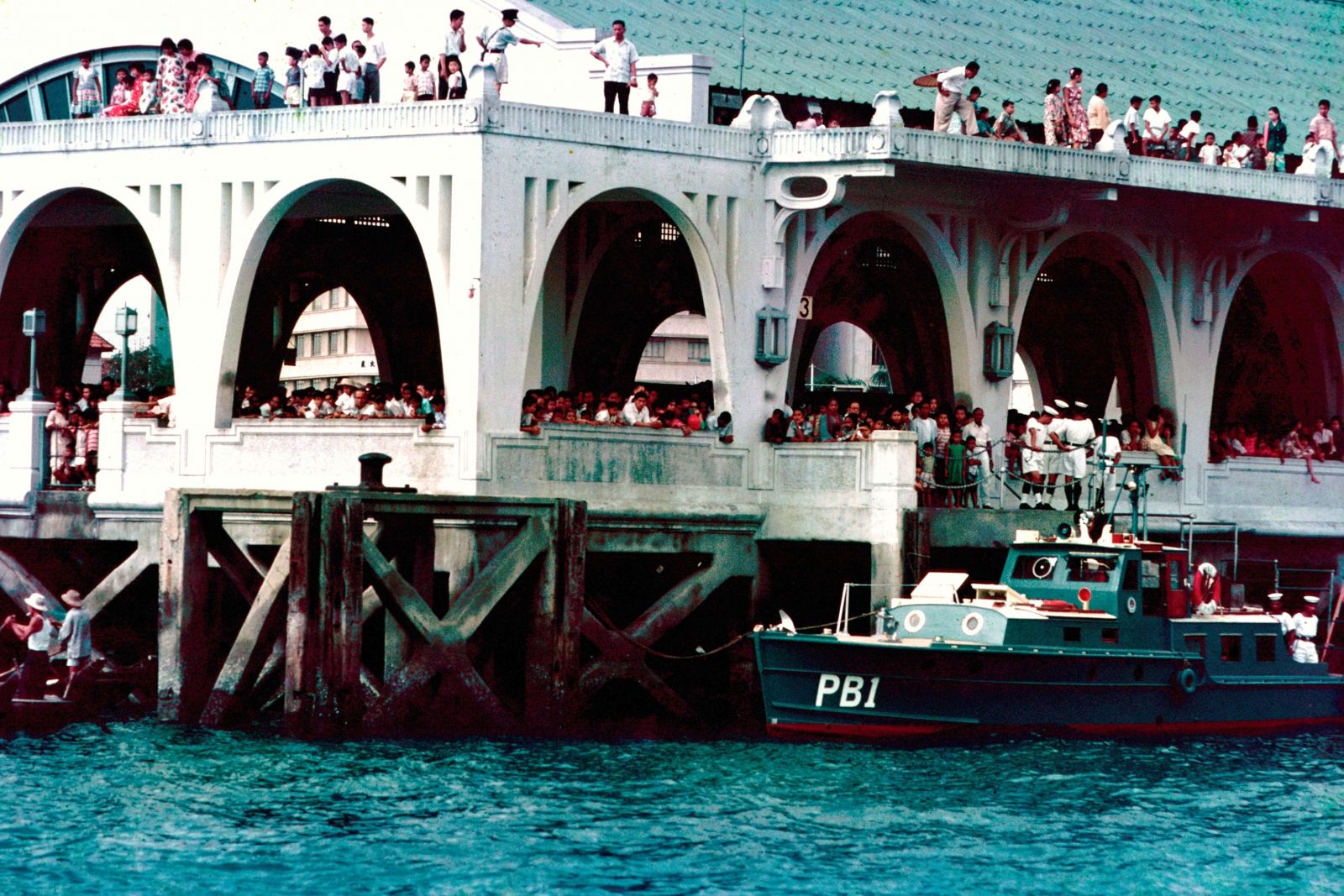 Once adorned with red oil lanterns hanging from the pier to alert passing ships, Clifford Pier got its affectionate address—The Red-Lantern Pier—from rickshaw pullers, taxi-drivers and the local Singapore residents. Immigrants and visitors arriving by ship would anchor out along the harbour roads, and be transported in small boats greeted by the warm welcome of red oil lanterns, where the forefathers of today’s Singaporeans first stepped foot ashore our soil.

As the historical crux of immigration and trade for much of the 20th century, the Clifford Pier has been safeguarded for conservation as a reminder of Singapore’s grandeur past. Today, the 15,000 square feet Pier has come alive once more with its sophisticated refurbishment, a sparkling beacon attracting discerning patrons in search of the finest dining and entertainment options.

Listen to the fond memories from Clifford Pier boatmen who traversed on the Singapore waters from the days of old here.

The Waterboat House is an Art Deco building designed by Swan & Maclaren and built in 1941. The three-storey building incorporates a basement which was visible from the sea. It has a prominent curved facade with a semicircular tower-like structure facing Fullerton Road. This site also used to house the Master Attendant’s Office in the late 18th century, from which the Master Attendant supervised all water activities until the harbour moved to Keppel in 1852. Subsequently a Water Office was built here to supply fresh water to incoming ships, and was in use until 1990. On 21 March 2002, Waterboat House was gazetted for conservation. It was awarded the 2005 URA Architectural Heritage Award for the restoration works, which included recovery of the original grey Shanghai Plaster finish and addition of a new glass annexe.

Today, she has evolved into a classy dining venue that offers incomparable, breathtaking views of the artful Esplanade Bridge, with its sweep out to the Esplanade Theatres and the imposing skyscrapers of the Marina Bay foreshore beyond from its upper floor windows. 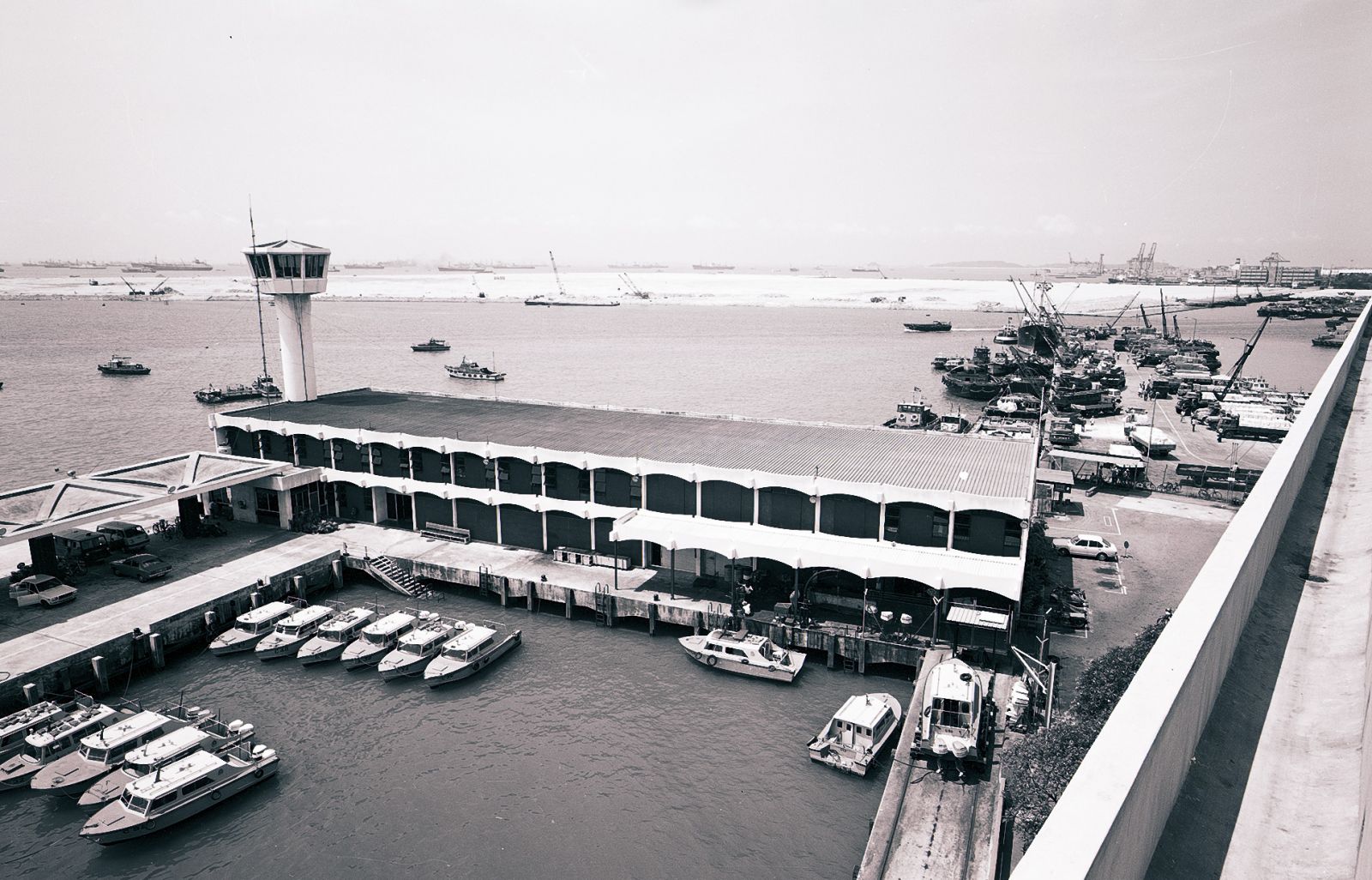 Integral to the safety of Singapore’s harbour, Customs House was the home of the harbour division of the Singapore Customs Police in 1969. It was here that the customs personnel kept a round-the-clock vigil from the 23 metre-high control tower, looking out for small boats attempting to smuggle in dutiable goods. Once an attempt was noticed, the men in the tower will signal their fellow officers below who would dash out in speedboats and intercept the suspects. Raids on the high seas, seizures of narcotics consignments, and encounters with pirates were all part of the colourful story that once took place upon the waters by the Customs House.

Today, it houses an assembly of some five world-class signature restaurants each specialising in different cuisines, with panoramic views of Marina Bay and the Central Business District’s dramatic skyline. It has been beautifully restored, with its original butterfly fascia boards, beams and window panels around the watchtower still kept intact. The building’s unique position flush with the seafront edge is accentuated by an infinity-edge waterscape feature designed into the heart of the site.